Often, countries and cities have something different to help them stand out in the world, like the iconic Leaning Tower of Pisa and the Sydney Opera House.

But what about totally unique and eye-catching street art that changes a whole aesthetic? Street art is great at breaking up the monotonous cement and brick landscape a lot od towns and cities have, and has been recognised by the British public as art opposed to graffiti, piquing our interest and putting a smile on our faces as we pass through. Art can take many forms and is delivered in many different settings – particularly when it’s free to view in public across the world!

Here, we’ll list the best street art in the world.

San Juan, Puerto Rico
In the Condado area of Puerto Rico is the colourful neighbourhood of San Juan. Fortaleza Street is decorated with a beautiful canopy of umbrellas, which has become a major attraction in the streets of Puerto Rico. As well as being a visual spectacle for passers-by to get mesmerised in, they also shelter the public from the hot rays from the sun and any rain that may start to fall from the skies. 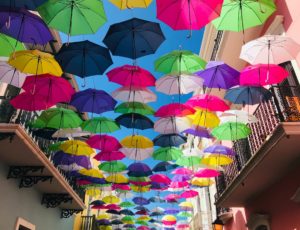 Other cities have joined in on brightening up their streets with coloured umbrellas of different shapes like golf umbrellas, including Barcelona’s Fiesta Major de Gracia, Portugal’s Umbrella Sky Project, Dubai’s Miracle Garden, Turkey’s Old Street, and the UK’s own Vinopolis Piazza near London Bridge. If you’re visiting any of these locations in the future, make sure to check them out!

Berlin, Germany
The Berlin Wall was once used as a barrier that divided and oppressed the people of East Berlin. Now, it is used as a symbol of freedom through artistic and creative independence. Berlin Wall has been graced with several iconic murals, such as Thierry Noir’s colourful cartoon heads, for something totally unique and original. 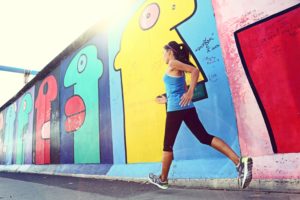 Understanding what the wall once stood for and what it is decorated with now is certainly a must see stretch of art.

Istanbul, Turkey
In 2013, a retired forestry engineer started his street art project by transforming a huge staircase from an eye-sore to a bright and colourful rainbow, injecting life into an unvisited, insignificant part of town. Not everyone was a fan, and in response, the government painted over it with a dull grey colour. This caused anger, with people viewing it as a lack of respect and an act of control over the public. This sparked the rainbow revolution!

In unity, other members of the public repainted the stairs with rainbow colours, as well as other staircases and walkways. 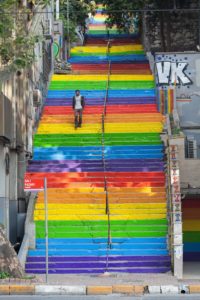 Naples, Italy
Naples has an abundance of stunning street art across the city, with detailed murals and portraits that you could swear were alive. Jorit Agoch is one of the most significant street artists in Naples which has raised this destination’s profile as a cultural hotspot. 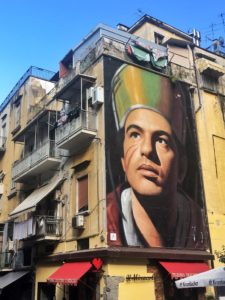 Il Merola Park of Ponticelli, the Park of Murals, has four great portraits – check out the range of art and attractions to have a look at.

There’s some amazing street art around the world that you must see when on your travels. They’d be great spots to take some memorable pictures!