While it’s difficult to estimate how many of us believe in astrology, research suggests that 90% of adults know what their zodiac sign is. For many of us, astrology brings great comfort to us as we try to understand the uncertainty and chaos in the world with a greater understanding of celestial navigation. Whether you’re trying to suss whether yours and your partner’s star signs are compatible or if they explain the conflict you’ve been experiencing, some believe that they can provide insight into our natures and personalities.

It isn’t just our own zodiac signs that interest us—have you ever wondered the secret to Queen Elizabeth’s and Prince Philip’s enduring love story? Or was there celestial influence over Princess Diana becoming the ‘People’s Princess’?

Here, we’ll look at the star signs of current monarchs to find out if there is a dominant “ruling” zodiac. Then, we’ll look to the future with different countries’ hereditary ‘next-in-lines’ to discover which star sign is most popular and least popular when destined to don the crown. After all, the answers could lie in the stars.

Current stars of the world

We looked at the birthdays of the 29 current ruling monarchs across the world, from Queen Elizabeth II of the UK and Commonwealth realms to King Hamad bin Isa al-Khalifa of Bahrain, to explore which star sign is currently the most common among our ruling kings and queens. Aries, Taurus, Leo, Pisces, and Aquarius were the most popular, with 70% having these zodiac signs.

The planets above the crowns

Ruled by the planet Mars, Aries share his traits of courage, determination, confidence, and passion with a strong tendency for taking on leadership roles.

Taurus is ruled by the planet Venus, sharing her traits of beauty, artistry, hedonism, and have a strong love of luxury and comfort. Queen Elizabeth II is known for her bold and fashionable power suits and matching ladies umbrellas—she is certainly a queen of luxury. Taurus’ are also said to be fiercely loyal, which is a characteristic used to describe Her Majesty. A Taurus tends to escape from reality when they’re emotional, which is something that the Queen doesn’t display in public.

Leo is ruled by the Sun and have great energy, courage, and honesty, considered a natural leader. Aquarius is ruled by Uranus, the planet of ultra-progressive thinking, originality and advocate of change and reform. Finally, Neptune rules Pisces, who have traits of compassion, insight, and spiritual development.

All zodiac signs are grouped in four groups of three based on their element; 23% had air signs with Libra, Aquarius, and Gemini; 20% had earth signs with Capricorn, Taurus, and Virgo; 16.6% had water signs with Cancer, Scorpio, and Pisces; and 30% had fire signs with Leo, Sagittarius, and Aries. The fire element is the most popular among the ruling monarchs, who are fiery characters with a tendency for excitability and impulsivity. Fire and water were two of the most popular zodiac sign elements—fire signs are passionate and temperamental whereas water signs are intuitive, emotional, and very sensitive.

Each of the four elements have a distinct quality of how they engage with the world, known as modalities, including Cardinal (30%), Fixed (40%), and Mutable (23%). Fixed was the most common modality sign, who are said to dig in and are able to hold steady to achieve their goals. It’s hard for these signs to change, which can give them a reputation for being set in their ways.

Heirs written in the stars

It would seem the stars have aligned new beginnings for the next generation of rulers. Here, we looked at 23 hereditary rulers. This is because some monarchy systems don’t run through hereditary succession and instead appoint the next King or Queen, so we won’t know their star signs until they are named as successors.

Looking at the heirs to the thrones across these nations, it was revealed that Scorpio and Cancer are the next zodiac signs to rule the world, with 34% of heirs born from October 23 to November 22 and June 21 to July 22.

Cancers are said to be emotional and deeply intuitive as well as sensitive to their environments and extremely protective of themselves—will this reflect in the way monarchies will be protective of their people in a mothering sense? Cancerians wear their heart on their sleeve and have a dislike of strangers and revealing their personal lives. Monarchies famously keep their private lives as shielded as possible, so we don’t expect to see a change in terms of sharing details about what is going on personally. Tabloids often guess goings on behind closed doors, but will this information be harder to come by with the next generation of royals?

Scorpio is one of the most misunderstood zodiac signs. Their incredible passion and power means that they often mistaken as a fire sign. Scorpio is actually a water sign along with Cancer, which was the most popular element in heirs’ zodiac signs. Water energy is ambitious and enticing—their assertive nature makes them natural born leaders. When Scorpios build trust with others, they are extremely empathetic and committed. However, on a bad day, a Scorpio is driven by a relentless need for control—if they’re controlled by their egos, they risk self-destruction. 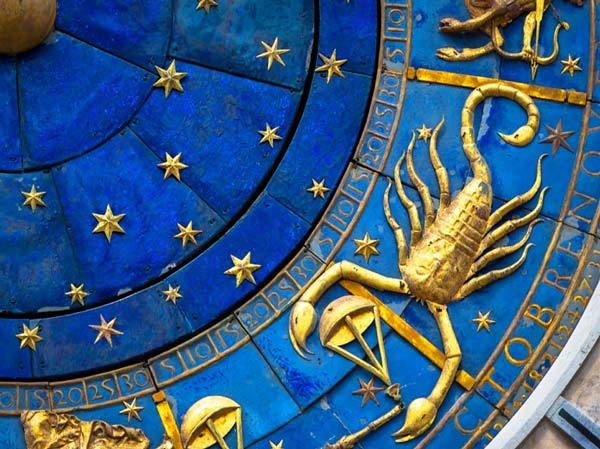 Future modality upon the thrones

The most popular Modality across all heir zodiac signs is Mutable sign, who are flexible, adaptable, and restless for movement and change. Mutable signs can see life from many perspectives which makes them great communicators. With the most common Modality for current rulers being Fixed—who tend to be less flexible and more single-minded—will this shift to Mutable signal a time for even more progressive change and a shift in energy?

The Modality sign for Scorpio is Fixed, so it’s hard for Scorpio to change. This can give them a reputation for being inflexible. On the other hand, Cancer’s Modality is Cardinal, one of the oldest in the family who are assertive in their style of leadership, similar to Fixed. This isn’t surprising as heirs are born to rule.

The planets to come

Cancer is ruled by the moon, which is said to give people with this zodiac an innate need to nurture, support, and protect—characteristics important in leaders. It’s possible that we might see more emotion from global monarchs with times and traditions changing more and more in the modern world. Meanwhile, Scorpio is ruled by Mars and Pluto, which are associated with transformation.

Considering this, the number of kings and queens currently stands at 91% men and 9% female, which will increase to 17% women when heirs come into their throne—will more female monarchs be a goal these progressive characters will strive to achieve for in the future, signalling transformation and a step forward for monarchies? Will more countries follow Sweden, who in 1980 became the first monarchy to change succession rites so that the first-born child of the monarch is heir, regardless of gender?